The Camel’s Load in Life and Death

to the Trade along the Silk Routes

E.R. Knauer ( 1923-2010) served as Consulting Scholar at the Mediterranean Section of the University of Pennsylvania Museum of Archaeology and Anthropology in Philadelphia, PA. Trained in Germany in the fields of Archaeology, Ethnology, Art- and Ancient History, she has worked at the Classical Collection of the State Museums in Berlin-Charlottenburg before moving to the United States in 1975.

The author died in June 2010. Her last published article, about Leonardo da Vinci’s Gioconda, appeared in the NZZ on 4 September 2010.

A detailed study of the saddles and the loads of Chinese statuettes of camels that were put into tombs as mortuary furnishings, provides information on the goods traded along the Silk Routes over a period of approximately one-thousand years. Besides an examination of the original breeding grounds and domestication of those beasts of burden, special attention is paid to silk, the main commodity, and its dissemination across Asia. Considerable changes in the depiction of the loads occurring over time, moreover, permit insight into the nature of Chinese religious beliefs and funerary practices between the Han and the Tang dynasties.

Foreword to the 2011 edition

By the same author: 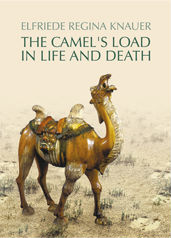