E.R. Knauer served as a Consulting Scholar in the Mediterranean Section of the University of Pennsylvania Museum of Archaeology and Anthropology, Philadelphia, PA. Trained in Germany, she worked in the Classical Collection of the State Museums in Berlin before moving to the United States in 1975. She was a member of the American Philosophical Society. Her book “The Camel’s Load in Life and Death” was awarded the Prix Stanislas Julien of the Académie des Inscriptions et Belles-Lettres in Paris, the most prestigious French award for a monograph on China – and in this case for a work in English!

The author died in June 2010. Her last published article, about Leonardo da Vinci’s Gioconda, appeared in the NZZ on 4 September 2010.

13 of the 15 articles (see the list below) in this volume were originally published between the years 1980 and 2006. Articles numbers 12 and 14 are published here for the first time. The author updated the other articles for this publication.

2 The Fifth-Century A.D. Buddhist Cave-Temples at

10 The ‘Barbarian’ Custom of Suspending the Heads

The articles in this volume focus on the age-old, osmotic exchange of objects and ideas between the Mediterranean West, the Levant and the vast continent of Asia. The author took an interest in the cultural impact of trade along the Silk Route before the subject became fashionable. One group of articles reflects this area of her research. The others, some of which are published here for the first time, elucidate significant works of Classical and European art.

By the same author: The Camel’s Load 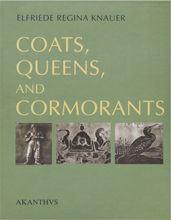